Industrial Light & Magic (ILM) is expanding its offering of world class visual effects and animation services to include the streaming and episodic television market with a new division: ILM TV. The division will be based out of ILM’s new 47,000 square foot London studio and supported by the company’s global locations in San Francisco, Vancouver and Singapore.

The ILM TV team will be lead by Visual Effects Supervisors Hayden Jones and Jonathan Privett alongside Executive Producers, Louise Hussey and Stefan Drury. Previously, the team set up
and oversaw DNEG’s television division; winning a BAFTA for Special and Visual Effects for their work on Black Mirror.

ILM TV’s first projects will be Lucasfilm’s highly anticipated live action series based in the Star Wars universe, The Mandalorian. This new series is being developed by Jon Favreau (Lion King and Jungle Book ) and Superman prequel series Krypton, now in its second season. The Krypton series takes place on the eponymous fictional planet, approximately 200 years before the birth of Superman and destruction of the planet.

“It’s not often you get to create a new division at Industrial Light & Magic”, explained Rob Bredow, Executive Creative Director and Head of ILM, “We are seeing a real convergence in our creative approach used on films and in our immersive entertainment division ILMxLAB, and now we’re proud to be able to offer these ILM innovations in a way that’s suitable for streaming and television work to creatives around the world.” 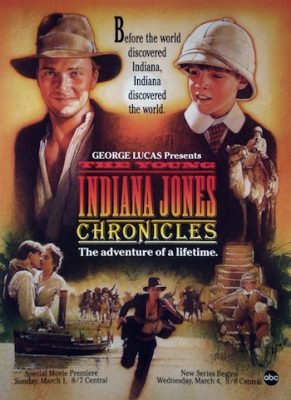 ILM’s legacy in television dates back to the studio’s revolutionary and Emmy award-winning work for The Young Indiana Jones Chronicles, which brought ILM’s film quality effects to an episodic series for the first time. “We are extremely excited to be re-igniting ILM’s involvement in this market and to showcase the team’s expertise, unrivalled technology and production management globally.” adds VFX Supervisor Hayden Jones, “The television and streaming segments have grown exponentially in recent years and we are seeing substantial demand for high calibre visual effects that can be delivered on schedule and within budget, all of which lie at the core of our teams expertise and proven track record.” ILM TV will offer producers and show-runners access to ILM’s legendary VFX talent, infrastructure and technology combined with a fresh approach to visual effects, designed to suit the condensed production schedules and rapid turnaround times that episodic series and online streaming programs demand.