Search engine optimization professionals say their biggest pain point with Google My Business is dealing with fake reviews, according to recent research from BrightLocal.

The report was based on data from a survey of 310 users of BrightLocal’s local SEO platform. The researchers polled respondents on what they would like to change about Google My Business (GMB), the tool that serves as as a portal for firms’ Google Maps and Google Search listings.

One-third of respondents say fake reviews is among the top GMB issues that they would like to see fixed.

Some 26% cite reviews without content as a top issue, 25% cite a lack of control over photos, and 23% cite duplicate listings. 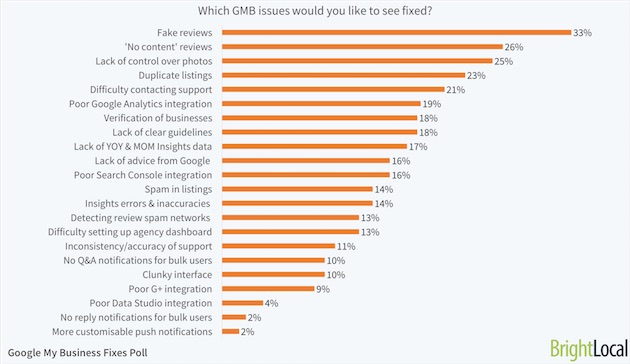 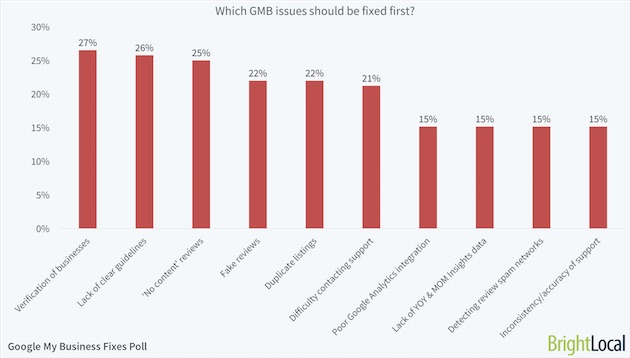 About the research: The report was based on data from a survey of 310 users of BrightLocal’s local SEO platform.

Ayaz Nanji is an independent digital strategist and a co-founder of ICW Content, a marketing agency specializing in content creation for brands and businesses. He is also a research writer for MarketingProfs. He has worked for Google/YouTube, the Travel Channel, AOL, and the New York Times.